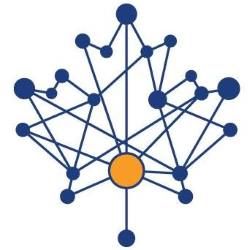 The Canadian Association of Research Libraries today announced the creation of the Canadian Web Archiving Coalition. The Canadian Web Archiving Coalition will work to develop an inclusive community of practice within Canadian libraries, archives, and other memory institutions engaged or otherwise interested in web archiving. Participation is open to all individuals involved or interested in web archiving, from within libraries, archives, museums, or other institutions.

Imagine a world in which libraries and archives had never existed. No institutions had ever systematically collected or preserved our collective cultural past: every book, letter, or document was created, read and then immediately thrown away. What would we know about our past? Yet, that is precisely what is happening with the web: more and more of our daily lives occur within the digital world, yet more than two decades after the birth of the modern web, the “libraries” and “archives” of this world are still just being formed.1

Web archiving is the process of collecting portions of the World Wide Web, preserving the collections in an archival format, and then serving these archives for access and use.2 However, the sheer scale of the web, its ever-evolving technical infrastructure, and the legal, economic, and organizational challenges associated with effectively capturing publicly accessible online content, all represent significant challenges to the web archiving community. And while many institutions in Canada are actively engaged in web archiving activities, no mechanism at the national level has been put in place to enable them to tackle these challenges in a coordinated and systematic way.

The Digital Preservation Working Group (DPWG) was established by the Canadian Association of Research Libraries in 2016 under the direction of the Advancing Research Committee, which has responsibilities to consider national preservation issues related to Canada’s multi-format documentary heritage.3 The DPWG has identified the importance of strengthening collaborative efforts in the Canadian web archiving community as critical to advancing the mandate of the Advancing Research Committee. As such, the DPWG is establishing the Canadian Web Archiving Coalition.

Under the auspices of the CARL DPWG and the Advancing Research Committee, the Canadian Web Archiving Coalition will work to develop an inclusive community of practice within Canadian libraries, archives, and other memory institutions engaged or otherwise interested in web archiving. This community of practice will explore gaps and opportunities that could be addressed by nationally coordinated strategies, actions, and services, including collaborative collection development, training, infrastructure development, and support for practitioners.

Calls for participation and an inaugural meeting of the Coalition

The CARL DPWG is now seeking interested parties from across Canada to join the Coalition. Participation is open to all individuals involved or interested in web archiving, from within libraries, archives, museums, or other institutions. An inaugural meeting will be held at Library and Archives Canada’s Gatineau facilities in conjunction with the International Internet Preservation Consortium (IIPC) General Assembly in September, 2017. Provisions will be made to enable remote participation. The intention of this meeting will be to identify, prioritize, and resource specific outcomes to guide the Coalition’s efforts moving forward.

If you would like to participate or to recommend a colleague, please email Corey Davis (corey@coppul.ca), CARL DPWG Web Archiving team leader. We are asking that you respond by June 21st, 2017.

September 20, 2021
The Canadian library and archives communities last week published responses to the Government of Canada's Consultation on a Modern Copyright Framework for Artificial Intelligence and the Internet of Things.
Read more

Library Community Response to Consultation on Copyright and Online Intermediaries

June 3, 2021
CFLA this week released a joint response, with CARL and CULC, to the Government of Canada’s Consultation on a Modern Copyright Framework for Online Intermediaries.
Read more

October 4, 2020
Over the last two weeks, Canada's national voices for the library community issued statements on access to government information and censorship by the tech industry.
Read more