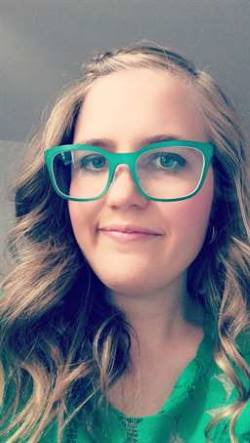 Who are you and what do you do?

My name is Caroline Moynihan, and I am the Community Librarian for Children at Burlington Public Library.

My job is an interesting one; while I still work alongside staff on internal branch business, quite a lot of my job actually entails being outside of the library walls, working directly with the community, listening to their concerns, and adapting our programs and services in order to support those needs. So on any given day I can be at my desk working on reports, to meeting with a committee, to getting my hair curled by a toddler while attending a community storytime.

When did you get your MLIS, when did you start your first professional librarian position, how long did the job search take, and how did you prepare yourself for it?

I received my MLIS from the Faculty of Information and Media Studies, Western University. I started my position part-time in July 2016 and full-time in early August right after classes ended. In order to be proactive, I decided to start applying for jobs in May. In total, I probably sent out around 20 or so applications and in June I was lucky enough to be called for three interviews, which ALL in took place on the same week! About two weeks later, I was offered two of the jobs I interviewed for.

Before I received my masters, I had worked in a large public library system for about seven years doing every conceivable job. However, as so many people know, once you hit a certain level, the next step must be to get your MLIS. While pursing my MLIS I kept my feet wet in the profession by working at one of the on-campus libraries as a student library assistant, which I think really helped extend my knowledge of librarianship with an understanding of academic settings.

How did you do your job search? What were some of the things that worked and didn’t? What was the greatest challenge?

I did most of my job search through online job boards; the Partnership Job Board is truly a lifesaver. I would also look at provincial library association websites in case something different was posted, which often happened. My strategy was to check the websites first thing every morning, and bookmark the ads that looked interesting. Then I would write down in my calendar when the job closed, and work at finishing at least two to three applications (Cover Letter and Resume) each week. I would say that the best idea I had was to never completely rewrite my resume or cover letter; I would just tweak the wording, and pull out key words from each job ad. I would also say a huge advantage for me, was that I used parts of each of the library’s strategic plans in my resume, and cover letter. I think this showed potential employers that I had taken the time to do my research on the organization.

Some things that did not work, were feeling like I needed to send out as many applications as humanly possible even if I was not interested in the position. I am sure like others, all you hear in library school is how difficult it is to find a good job, and everything is temporary or part-time. Having this pressure at the back of my mind, made me feel particularly panicked. This meant that sometimes I did not get to spend as much time on an application as I would have liked. I think it is also important to mention that still being in school was a huge challenge that I do not think enough people talk about. In the midst of trying to finish all your assignments, projects, and group projects, you have to work on job applications. I really wish I had worked at incorporating applying for jobs into my schedule better.

Is your work as the professional librarian what you expected and prepared yourself for while you were in the MLIS program? Otherwise, what would you have done differently if you knew?

I think that part my job is what I had expected. Having worked with many librarians, I always knew what the role of librarian would be. That you won’t be sitting at a desk answering reference questions all day. This being said, I am not sure that MLIS programs actually prepare you for the real world work. While most programs do offer a wide range of courses and topics that a librarian is faced with, I am not sure it brings any sense of practicality. Having now worked in my position for six months I can safely say that the two most important things you’ll learn don’t come from a specific class, or topic, rather its ALL the group work, and assignments you do.

Any advice for many MLIS students who will be soon graduating and looking for their first professional librarian position?

The first would be to try to get any hands on library experience you can. Even if you have worked in libraries for years, volunteer with one of the librarian groups, get a job on-campus or work at one of the local public libraries, potential employers really like to see a well-rounded candidate who brings varied perspectives.

Second, when applying for jobs really do your research, and that doesn’t mean how many locations a library has, or what programs they offer. Go above and beyond, I mean, you’re librarians for goodness sake. In my case, I had to give a presentation on Community-Led Librarianship to the hiring committee for the job I now have, and while I did use academic research, I also reached out to community librarians from all across Canada and asked them about their jobs.

I think that final advice that I would like to give is that while yes I was incredibly lucky to find a job before I graduated, luck really had very little to do with it. Stop thinking about so much of the theoretical and just absorb as much real world experience as you can. Follow people online, volunteer as a Reading Buddy, and shelve books in an on campus library. That is what will make you stand out.