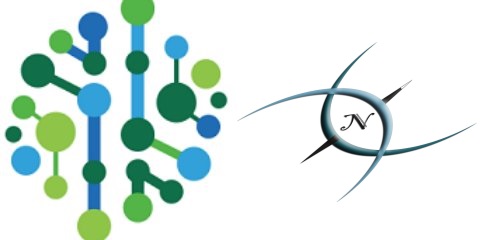 On April 16, 2019, Barbara Franchetto, Chief Executive Officer of Southern Ontario Library Service (SOLS) announced that the Ministry of Tourism, Culture and Sport would be cutting the SOLS 2019-20 budget by more than 50%. Ontario Library Service-North (OLS-N) was also presented with a 50% budget cut for the current fiscal year.

In a statement on April 18, 2019, Michael Tibollo, Minister of Tourism, Culture and Sport, said that SOLS and OLS-N “have no involvement in the day-to-day operations of Ontario’s Public Libraries.”

On the same day, SOLS announced that its interlibrary loan delivery service will permanently cease to operate, effective April 26, 2019. The 24 drivers (full time, part time and occasional) employed by SOLS to deliver the interlibrary loans would be losing the jobs. In 2017-18, SOLS facilitated almost 440,000 borrowing requests from libraries and its drivers delivered almost 710,000 packages.

Public libraries across Ontario followed with announcements to their communities.

Please read this statement from our CEO on how operating cuts to SOLS will affect Interlibrary Loan and Delivery starting April 26th: https://t.co/y61Ty2QeDc

NO!!! All inter-library loan services provided by SOLS have been suspended until further notice. This is due to the recent cuts to SOLS (https://t.co/dYNTE2xQXU). If you have requested something using our ILLO service you will NOT receive your request. pic.twitter.com/RjqrWZ82t7

Our hearts are going out to those at SOLS who are losing their jobs because of the cutbacks. https://t.co/Dy94TFaVUc

Please note that effective immediately, we will no longer be able to provide interlibrary loans to our patrons.

Due to the provincial government’s severe budget cuts to the Southern Ontario Library Service, Interlibrary loans will no longer be available after April 26th.
Please continue to support #mylibrary by returning your books and other items to your local branch by the due date pic.twitter.com/W3RKdsugrX

https://t.co/1KdczBtNWF
Due to budget cuts Leeds and the Thousand Islands Public Library will no longer be able to offer Inter library loans. This includes bookclub sets.

Niagara on the Lake Public Library

Due to provincial budget cuts to @sols, interlibrary loans have been suspended until further notice. In 2017 (our most recent stats), 12,593 items were borrowed using this service. #NorfolkCounty

Due to provincial government cuts at @solslib (Southern Ontario Library Service), interlibrary loans and LiNC services will no longer be offered. #mylibrary pic.twitter.com/MyRmWpFRAp

Libraries, Publishing, and Bookselling: Responses to Globe and Mail Op-Ed

August 8, 2020  Librarianship.ca
On July 25, The Globe and Mail published an opinion piece where the author blames the closing of independent bookstores and publishers’ financial troubles on public libraries. Over the last few weeks, a number of individuals and organizations from the library and publishing community have responded.
Read more