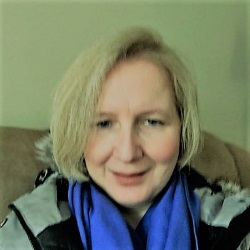 Who inspires you in your career?

Since emigrating to Canada in 2009, my hero is Luciano Floridi. In the last few years, he advised the European Commission on the ‘Right to be forgotten’ as part of the discussions on General Data Protection Regulations (GDPR). His current thinking on ethics of artificial intelligence is essential reading.

My first job was an archaeological assistant at a dig in Devon UK. I was a fresh faced 18 year old unused to living in dirt, eating bad food, and experiencing occasional showers. It was a good learning experience.

My first information services post was as an assistant archivist at Essex Record Office in Southend-on-Sea. I was there for just over two years and received a solid amount of experience running a searchroom, cataloguing archive collections, and completing a survey of school archives in South-East Essex.

I decided to become an archivist when I was 14 years old. I had a meeting with the school career’s advisor and I asked if she could suggest something to do with history. She replied that I could become an archivist but that ‘it was very difficult to get into’. So as a stroppy teenager, I decided that I would do my utmost to prove her wrong!

It has to be my ARMA NCR Community Award mug. I was awarded it last year and it came as a massive surprise. I feel really honoured to have received it.

I love going to the cinema in the afternoon. A couple of weeks ago, I went to see ‘Little Strangers’ because I had read the book years ago and it had a massive effect on me. Sarah Waters did a great job portraying sheer horror in the book and so I was really looking forward to seeing how it was filmed. I have to say, the film was good but the book is still better.

Years ago when I was a ‘baby archivist’, I was given some wise advice from a much respected mentor and friend. She advised me to never work in a subject area that I personally found interesting. I have found her advice to be well worth following. I keep my own research interests very separate and do my best not to let my professional work and my research overlap.

Palaeography. As part of my archive course, I had to study palaeography from Anglo-Saxon period to C16 secretary hand. I used to be quite good at it but of course, there is not much call for it now!

It has to be the day that I heard that I had won a large award from the UK’s Heritage Lottery Fund. At the time, I was the archivist and records manager for British Waterways and we needed funds to support the archives. I realised that the UK canal archives were distributed across 17 different record offices but I would never receive the necessary funds to locate them physically in one place. I decided that I would apply to the Heritage Lottery Fund in 1998 to create an online catalogue connecting all the collections. The online catalogue can still be accessed via the https://canalrivertrust.org.uk/places-to-visit/national-waterways-museum/the-waterways-archive.

If you had 24 hours all to yourself, how would you best like to spend it

I would go on a day trip to Montreal. My daughter is studying there and I have promised that we will go and see some of the sights in Old Port and catch-up on the gossip in her favourite coffee shop. Maybe I will surprise her and just turn up out of the blue…!

I think that I would probably be a charity events organiser. A couple of years ago, we were sent on a military posting to Belfast. While I was there, I became heavily involved in supporting SSAFA (charity for families of soldiers, sailors and airmen) and I ended up organising the Christmas craft fair. We had people attending from all over Northern Ireland and the fair raised a lot of much needed funds for families in need.

At school, we had access to some early computers and I enjoyed creating some basic programs. I was the first person in the school to receive a computer award. It is so funny how life turns out – I now spend all my time on digital information!

Read, Read, Read. The information management world is constantly changing and it is up to us to keep informed and ready to respond to new challenges.