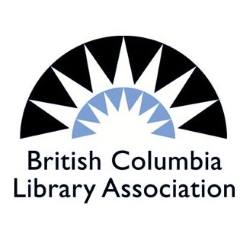 In early September, Don Nettleton, CEO of the Okanagan Regional Library (ORL), presented a memo to the ORL Board recommending that children’s programming avoid controversial and/or potentially divisive community issues as they may detract from and restrict audience and community support.

The primary goal of Children’s programming in the library is to encourage child literacy, love of learning, and introducing the Library as a safe and interesting source of lifelong learning. Accordingly, children’s programming should be provided in a manner that is safe, professional, and deemed acceptable by the bulk of society (aimed at the middle of the road) to avoid controversy and be as well accepted in the community as possible.

In response to Nettleton’s memo, and echoing concerns raised by members of the BC and Canadian library community that the recommendation contradicts the values and purposes of libraries in British Columbia and in Canada, the British Columbia Library Association (BCLA) wrote last month to the Okanagan Regional Library (ORL) Board asking that they maintain inclusive and diverse library programming and continue library programming based on shared library values including those core values that support inclusivity, diversity, and intellectual freedom and that reject censorship, prejudice, preconceptions about communities, and limiting the role of the library in society.

The British Columbia Library Association (BCLA) represents over 900 members and includes an additional 1200 individuals and institutions that participate on our Committees and Listservs. What we share, as a library community, is a commitment to core library values that include building an inclusive and equitable society that emphasizes creative and critical thinking, intellectual freedom, and equitable access to information. BCLA’s core library values are further expressed by the Canadian Federation of Library Associations (CFLA) when it explains that the purpose of libraries is to safeguard and facilitate access to constitutionally protected expressions of knowledge, imagination, ideas, and opinions, including those which some individuals and groups consider unconventional, unpopular or unacceptable.

The recommendation to the Okanagan Regional Library Board by CEO Don Nettleton, in the memo of September 9, 2019, has generated considerable concern among BCLA’s Board, partners and members as the recommendation contradicts the values and purposes of libraries in British Columbia and in Canada.

Mr. Nettleton’s memo recommends that the ORL Board develop a policy that children’s programming should be provided in a manner that is safe, professional, and deemed acceptable by the bulk of society (aimed at the middle of the road) to avoid controversy and be as well accepted in the community as possible.

BCLA’s concern is that such a description of children’s programming, or any library programming, is limiting, intolerant and excludes segments of the communities libraries serve. There is no evidence, presented or noted in the memo, to support Mr. Nettleton’s claim that the Drag Queen Story time, as an example of unacceptable programming, is unsafe, unprofessional, or unacceptable to the community. Nor is there evidence to suggest that a Drag Queen Story time, or any story time, influences or promotes discussions related to sexual orientation, gender selection, religious teaching, politics, or other divisive issues.

There is considerable evidence, including the number of adults and children who participated in the Drag Queen Story time, to suggest that community members felt safe and welcomed by their local library branch and enjoyed a program that was mounted by staff who are professionally engaged with community members on a daily basis. Additional evidence from sources such as the Canadian Pediatric Society, the British Columbia Ministry of Education’s Sexual Orientation and Gender Identity (SOGI) framework (now in all 60 school districts in BC), and the “Healthy Gender Development and Young Children” report by the U.S. Department of Health and Human Services demonstrate that discussions about gender identities are beneficial for children’s healthy development.

The contents and recommendations in Mr. Nettleton’s memo contradict both overall library values as well as the stated values and policies of the Okanagan Regional Library. Okanagan Regional Library’s stated values, including an emphasis on learning and discovery, equity, intellectual freedom and connecting people, are commendable and could act as a model for other libraries. Any decision by the Board to limit library programming as per Mr. Nettleton’s memo would undermine those values.

BCLA recognizes and supports the ORL Board’s role and responsibility to create policies that support the work of the library and meet the needs of communities. We ask the ORL Board to consider this work based on shared library values including those core values that support inclusivity, diversity, and intellectual freedom and reject censorship, prejudice, preconceptions about communities, and limiting the role of the library in society.

Should the ORL Board want or require further information BCLA would work with our partners, the BC Library Trustees Association and the Association of BC Public Library Directors to provide support.

Thank you for considering our request,
Sincerely,

(Via BC Library Association)

April 6, 2021
The NewToBC website is a well-used and well-regarded trove of essential information and resources that are meant to support immigrants and refugees as they settle in BC communities.
Read more

March 28, 2021
Following a police incident at the North Vancouver District Public Library's Lynn Valley Library, many leaders in the Canadian library and political community have expressed their support for NVDPL staff and others affacted by the incident.
Read more

Research and Survey Opportunity: Temporary Caregivers and the Children in their Care: Fostering an Engaging and Supportive Library Environment

March 12, 2021
Could you spare 10 minutes to answer a survey and help us learn more about how public libraries can support temporary caregivers and the child(ren) in their care?
Read more